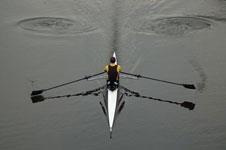 Five contractors have been lined up for the Olympic rowing and flatwater canoeing venue in Windsor, Berkshire.

The contract to deliver the enhancement works at Dorney Lake includes:

Construction of a cut-through between the competition rowing lake and the warm-up lakes, with a new bridge over the cut-through

Upgrading of the gravel/stone access road up to the competition venue to facilitate construction works.

The contract for the Eton Dorney enhancement works is due to be awarded in early 2009, with work starting on site later in the year.

David Higgins, chief executive of the Olympic Delivery Authority, said: “Eton Dorney is a first-class venue and the enhancements we are delivering will create the best possible facilities for the world's best athletes to use in 2012.

“Securing a selection of leading contractors is an important step towards delivering these essential works.”