Sailing venue will be first to reach Olympic finish line 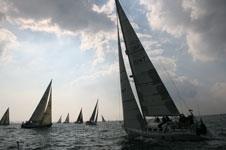 Construction work on the first venue for 2012, a sailing academy in Weymouth, is due to be completed this November, the Olympic Delivery Authority (ODA) confirmed today.

Contractor Dean & Dyball is expanding the existing Weymouth & Portland National Sailing Academy facilities. The ODA said that the work, which includes a new pier, a 200m breakwater and a 250m slipway, had passed the halfway mark and was on schedule for completion in November.

David Higgins, chief executive of the ODA, said: “Weymouth & Portland was the first venue for 2012 to start construction work so reaching the final stages of the project is another important milestone.”