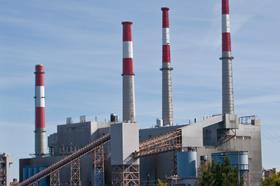 US engineering giant CH2M Hill is set to take a £53m hit in costs due to problems on a power station project in Australia running more than 30% over budget.

According to the Sydney Morning Herald, the firm’s liquefied natural gas power project, which it is building in joint venture with Australian engineer UGL, has run US$170m (£106m) over budget.

The paper reports that CH2M Hill is set to make and exceptional charge of US$85m (£53m) in its accounts for the third quarter of 2014 to account for its share of the cost overruns.

The joint venture was awarded the AUS$550m (£297m) contract to build the power station in Australia’s Northern Territory in April 2012.

The bosses in charge of the scheme are meeting with clients Japanese engineering groups JGC and Chiyoda and US engineer KBR to resolve the issues and “accelerate the project”, UGL told the Sydney Morning Herald.

CH2M Hill’s joint venture partner told the paper: “UGL is still reviewing the cost-to-complete estimate and given ongoing discussions with the client regarding the claims position and project acceleration does not feel in a position to reliably measure the provision at this stage.”

The problems are further bad news for CH2M Hill after it announced in September that it was cutting 1,200 jobs across the globe as part of a US$120m (£74m) restructure.