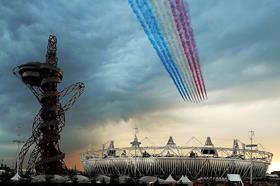 Consultant CH2M Hill is set to report a post-tax loss of more than $125m (£79m) for the first nine months of 2014, following an investigation in to possible “accounting errors” and cost overruns on projects, including one in Europe, the firm has disclosed.

In papers filed at the US Securities and Exchanges Commission, the US engineering giant – which worked on the London Olympics – said that it had uncovered project losses as part of an investigation into accounting errors “with respect to the timing of the recognition of cost overruns on certain fixed-price construction projects”.

CH2M Hill said its audit committee and its lawyers were investigating the accounting errors and therefore its accounts for the third quarter would be filed late.

Projects impacted include four major jobs in Europe, Australia and the US respectively.

The overruns include cost increases caused by “productivity issues” on an undisclosed European project in the firm’s facilities and urban environments division, which the firm said had “negatively impacted our results” for the nine month period by $17.8m (£11m).

CH2M Hill also said “a variety of project and client issues” on a power project in Australia, where it is working in a joint venture with a local firm, was expected to result in a project loss that would negatively impact after-tax profit by $85m (£54m) for the period.

The firm also disclosed it had incurred “significant additional costs” on two separate projects in the US – a transport project and a power station.

Changes in “our initial cost estimates” on the transport project reduced the firm’s operating profit by $40m (£25.4m) for the nine month period.

The news follows an announcement of a $120m (£74m) restructure in September, under which it will cut 1,200 jobs worldwide, including around 100 in the UK.