Relocating three historic markets to a new site in Dagenham will free up huge tracts of land for mixed-use developments, the City of London Corporation has said.

Smithfield, Billingsgate and New Spitalfields markets will all leave their existing sites and move into a combined market at Dagenham Dock in Essex.

It said relocating the meat market would “release the Smithfield site so it can sit at the heart of a cultural district”. The new Museum of London, designed by Stanton Williams and Asif Khan, is planned for nearby West Smithfield.

Architect Chetwoods has drawn up proposals which will see the markets relocate to a disused power station. The City said the site had been chosen for its rail and river links. 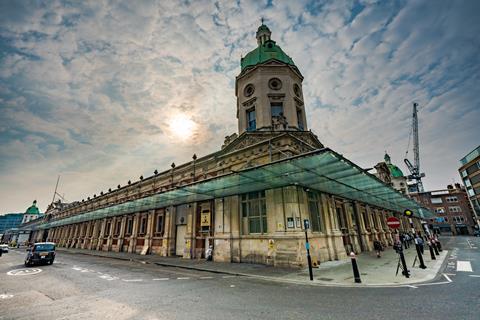