'Cityscapers: By the Throat' - an international design collaboration 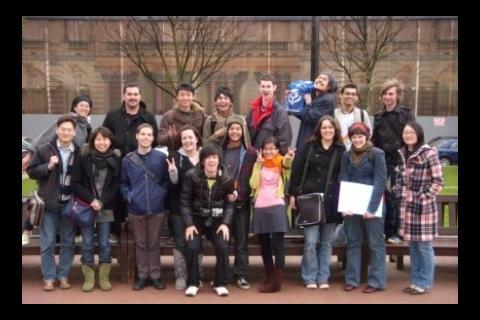 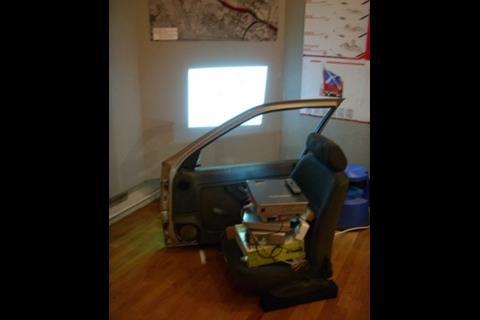 Laraine Naughton, a third year Interior Architecture student at Napier University, got the opportunity to work with other students from across the world as they looked at the road between Glasgow and Edinburgh

This week sees an exhibition at Edinburgh University entitled “Cityscrapers: By the Throat – Seeking a Nexus between Glasgow and Edinburgh”. It features different collaborations from over 60 student designers, architects, urban planners and visual artists from Scotland and eight countries across East Asia – Australia, New Zealand, Japan, Indonesia, Vietnam, Singapore, China and Korea.

The aim of the “By the Throat” project was to develop ideas to transform the M8 corridor from Glasgow to Edinburgh and the master-plan of Leith Docklands in Edinburgh. It is also hoped to have fostered an international network of young city-builders which can be drawn on for future projects.

Laraine Naughton (above), a third year Interior Architecture student whose work is being displayed, was part of a group project called “di:M8”, derived from the road itself and the Viatnamese word “di” meaning “go”.

Naughton says: “Our project was the deisgn of rib structures spaced 2meters apart, creating a tunnel. As you drive through a flick film is played for the passenger on the sides. These change at the different stages of a journey going through different tunnels. The structure is striking, bold red and changes height from big to small as you go through it.”

“The flick film stories can be created by people from schools and colleges in Scotland.”

“Our idea was not to connect Edinburgh and Glasgow as one city but to unite them in being proud of both places.”

“For the exhibition we showed a car door and seat we salvaged from a scrap yard. Out the side window we have projected the flick films and a projection to the front with a film of the journey and sounds.The model of the project is above.”

Would you like to see your design featured in the Designed by Students section? Or discuss a recent project you have worked on? If you're a student of the built environement and want to showcase some of your work on this page please email jclegg@cmpi.biz