CLC to push for national retrofit strategy after Budget silence

The government is coming under increasing pressure to adopt a national retrofit strategy after the initiative was left out of Wednesday’s Budget.

The Construction Leadership Council (CLC) intends to make a “much wider noise” about the initiative ahead of the United Nations climate change conference (COP26) in Glasgow in November if the government has still not adopted the scheme. 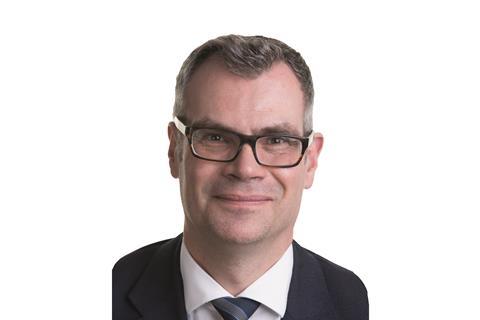 Brian Berry: ”We will campaign and make a much wider noise”

Asked if the pandemic - which Rishi Sunak admitted on Wednesday would see the government borrow over £400bn by 2022 - meant the strategy was in danger of being pushed back, Berry said: “If it does, how is the government going to deliver its zero carbon agenda?

“What’s it going to do at COP26? What is the prime minister going to say when he stands on the world stage talking about climate change?”

The chancellor was criticised in some quarters for freezing fuel duty in the Budget and awarding only limited funds to a handful of energy and green innovation projects. There was no mention of the government’s green homes grant, which pays householders to make their properties more energy-efficient

The CLC first called on the government to support the 20-year plan to make the UK’s 28 million homes greener in December last year.

It estimated that the cost of the scheme would be around £525bn, asking for a £5.3bn contribution from the government over the remaining lifetime of the current parliament, with the rest of the funding to come from the private sector.

Without a long-term strategy to improve the energy efficiency of homes, which currently emit 20% of the UK’s carbon emissions, the government will be unable to meet its targets to achieve net zero by 2050, the group said.

“If it doesn’t [adopt the strategy], we will campaign, and make a much wider noise about it,” Berry said.

He said the CLC had not launched a formal campaign so far because of concerns that opposition parties “could take advantage of it” and put off the government in case it gave the impression of having folded under pressure.

The £3bn green homes grant is due to run out at the end of March next year, but the Treasury has said that it will remove £2bn earmarked for the scheme this month after low uptake.

According to Berry, one of the reasons for the failure of the current scheme is that it is too expensive for installers to get accredited to do the work. Only three of the FMB’s 7,400 members had been accredited, with a “handful” still waiting to be cleared, he said.

“That’s why the national retrofit strategy is needed, because we’ve had a lot of piecemeal initiatives,” he added, describing the green homes grant as “another short-term measure that hasn’t proved to be attractive”.

Berry said: “That’s why we need a long-term plan, not one lasting for one or two years, but lasting 20 years. It would say we’re very serious about upgrading our existing housing stock, because  you can’t do it in two or three years, it’s going to take decades.”

Analysis by the Energy and Climate Intelligence Unit thinktank last month found that the scheme will help just 8% of its target 600,000 households switch to renewable energy by the end of this month.

From next month, just £320m will remain allocated for the scheme, which at the current rate of approval would mean that a maximum of 124,000 households would be given grants to make their homes more energy efficient by the time the scheme closes next year.

This would be around 20% of the 600,000 households the government said would benefit from the programme when it was launched in July 2020.

The scheme allows householders to apply for vouchers worth up to £10,000 to help pay for installation of energy efficiency improvements, including insulation and heat pumps.