Growth of total commercial activity strongest in over six years 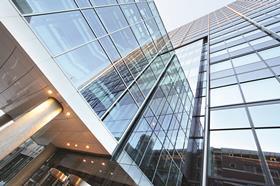 Work in the UK commercial sector grew at its fastest rate for over six years in July, according to the latest Savills’ commercial development activity survey.

On balance 20.1% of developers saw an increase in commercial activity in July compared to the previous month, up from 18.9% on balance in June.

Savills said the rate of expansion was “sharp” and the fastest since May 2007.

The survey covers new build and refurbishment activity across the offices, retail, leisure and industrial sectors.

Commercial developers in the UK remained upbeat about the prospects for commercial development growth in three months’ time, with on balance 25.1% of developers saying they had positive sentiment, up from 14% in June and the highest rating for seven and a half years.

Savills said positive sentiment was linked by developers to improving client confidence, better weather conditions and higher enquiry numbers, while there were also mentions of increased availability of bank financing.

Michael Pillow, director of building consultancy at Savills, said: “The sharp rise in confidence bodes well for development activity in the second half of the year.

“Developers will continue to be restrained by lack of debt but this should ensure a sustainable recovery.”