Year-on-year growth at its lowest rate since November 2013, while output remained flat month-on-month 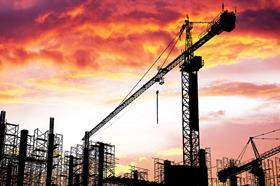 Figures from the Office for National Statistics showed that construction output rose 2.6% in July 2014, when compared with July 2013, but this was the smallest year-on-year rise since November 2013, when output grew just 1.5%.

The figures also showed there was no growth in construction output between June 2014 and July, down from 1.2% month-on-month growth in June.

He added that the output figures for July were “steady” and suggested that “overall volumes for work for the year will be 4-5% up on 2014, in line with forecasts.

He added: “Regional differences in the data are quite striking with high rates of growth evident in the North West, Yorkshire and Humberside, Wales and Scotland, which has seen particularly strong growth in infrastructure and public sector spending.

“Could a feel good factor in the building trade have any impact on next week’s referendum?  Who can tell, but with long term work in the bag, the signs are that Scottish Contractors will enjoy a busy 2015, whatever the outcome.”