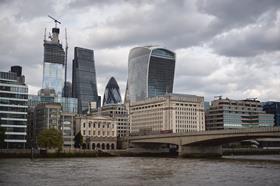 Construction output declined by 0.7% between July and August , according to the latest figures from the Office for National Statistics.

This dip in output was driven by falls in both repair and maintenance and all new work which decreased by 0.6% and 0.8% respectively.

But it wasn’t all doom and gloom, with output increasing by 2.9% in the three months to August, meaning output increased by £1.2bn between June and August.

The three-month on three-month growth in August was driven by both repair and maintenance and all new work which increased by 2.8% and 2.9% respectively in the three month period.

The only sectors to provide downward pressure on output in the three months to August came from new private commercial work and new private industrial work.

Each of these sectors had small falls in the three-month on three-month series, decreasing by £45m and £9m respectively.

Commenting on this growth Michael Thirkettle, chief executive of consultant McBains, said: “These figures, which show a third successive increase in output, will be cautiously welcomed by the construction industry.

“We’re still not out of the woods however, with Brexit worries still on the horizon and the cost of imported materials remaining high due to the weak pound. In particular, construction needs some incentives from the government to help give housebuilding a further boost.”