Average number of vacancies was 43,000 over the last three months, the highest figure for at least 20 years

Vacancies in construction surged by the fastest rate since records began last month as the sector’s labour shortage crisis continues to gather pace.

Around 43,000 construction jobs were unfilled between July and the end of September, according to the latest ONS figures. 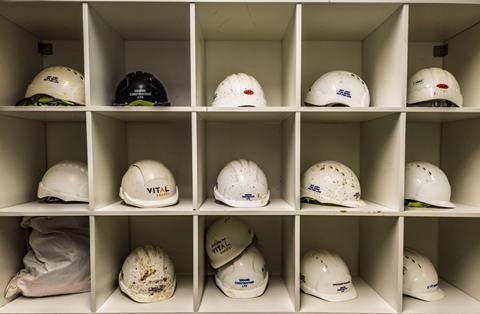 The number of unfilled construction jobs jumped to more than 40,000 in the three months to the end of September

It is an increase of 7,000 for the period from June until the end of August. Since 2001, when the data first started being recorded, the month-on-month change has never exceeded 5,000.

The figures for July to September are also the highest ever recorded, breaching 40,000 for the first time. The previous record was the 36,000 vacancies seen for June to August.

The number of available jobs has been steadily increasing from a low of around 8,000 at the beginning of the first covid-19 lockdown. Before the pandemic, vacancies had largely stayed between 20,000 and 30,000 for around six years.

Construction is not the only sector to see record figures in the latest ONS release. Out of 18 sector categories covered, 12 had a record number of vacancies. The wholesale, retail trade and motor vehicle repair sector saw the largest quarterly increase with a rise of 35,000, or nearly a third, since June.

The figures come at the same time as the closure of the furlough and self-employed income support schemes, which came to an end on September 30.

Across all sectors, the number of vacancies between July and September was a record high of 1.1m, some 318,000 more than its pre-pandemic level from January to March 2020 and the second consecutive month that the three-month average has been more than a million.