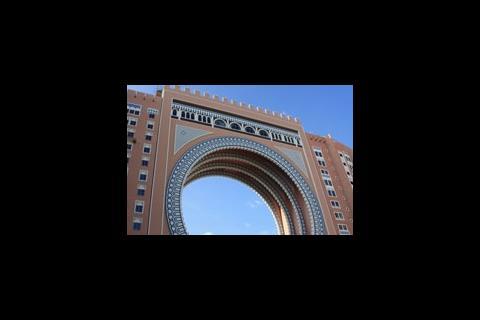 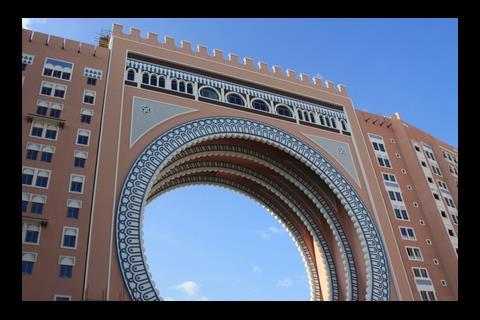 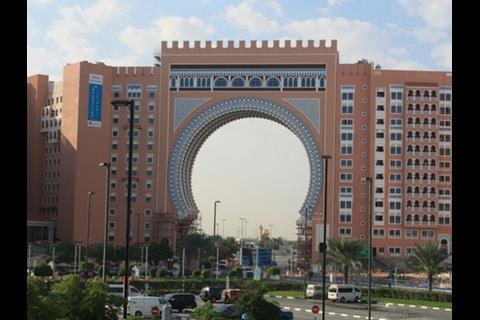 Construction has finished on Ibn Battuta Gate, a mixed-use scheme in Dubai with a giant arch-shaped entrance and a robotic car park on the Sheikh Zayed highway.

The 396-room hotel will be handed over to owner Seven Tides at the end of January for the final fitting out with an anticipated opening by the Swiss hotel group Moevenpick Hotels & Resorts in May.

The car park, which was completed in August, has capacity for 765 vehicles. Drivers leave their vehicles at an entry station where they are picked up by computerised lifts that place them into a shelving system.

To collect their car they wait at a pick up point while the machine retrieves the car and delivers it back.

Ibn Battuta Gate is being developed by Dubai-based Asteco Development Management, which was appointed by Seven Tides.

Andrew Chambers, managing director of Asteco, said: “The robotic car park will be especially convenient for the office tenants; parking or retrieval can be completed in less than 160 seconds. It is safe and secure and obviously doesn't expose expensive paintwork to the abrasive elements during lengthy office hours.”

Michael Scully, managing firector hospitality for Seven Tides said: “Ibn Battuta Gate is already a landmark with its striking architecture and will appeal to those who appreciate sophistication and five-star luxury, whether for business or leisure.”