Dubai tower celebrates topping out at 32 stories on time 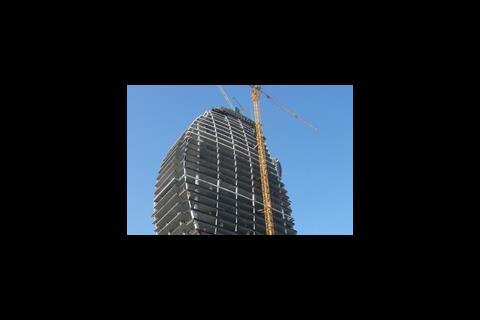 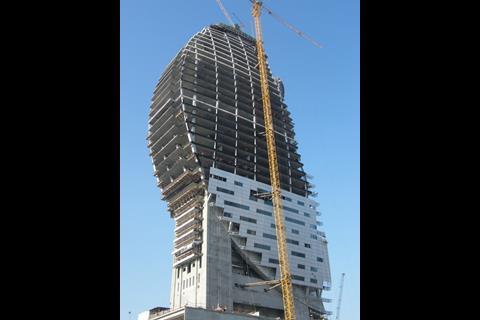 The Iris Bay office and retail tower - made up of two identical double curved shells, rotated and cantilevered over a four-storey podium - has reached its highest point, after the last slabs were added to the 170m structure on December 16 2009.

Leading engineering consultants, Aktins, who were commissioned in 2006 to design, engineer and project manage the £60m project, incorporated elements of sustainable design into the build.

The tower's distinctive ovoid shape draws areas of negative pressure through the building and reduces dependence on mechanical ventilation, while its front elevation is made up of seven zones of rotated glass with integrated solar energy and shading films in the glass facade.

Hesham Abdelaziz Gabr, Atkins resident engineer for the project, said: “It was a real challenge to meet the demands of the unique design, but working alongside the contractor to resolve on-site issues, with the coordination and support of the design teams here in Dubai, we have been able to keep the project fully on track.”

Atkins is due to hand over the project to developers Sheth Estate International in the coming summer months, once the building's shell and core are complete.