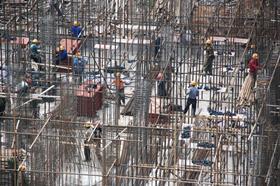 Villagers in Yunnan province in China have burned four construction workers to death in a clash which left eight people dead, according to reports.

Associated Press reports the deadly clash took place after a bitter land dispute between residents in Fuyou village and developers - which had lasted for several months - turned violent.

According to the local government for the region, the incident started when villagers detained eight construction workers on Tuesday after the developer attempted to restart work on site that was stopped in May following protests.

In a statement the government said: “Eight workers who were having breakfast in Fuyou village were illegally detained by villagers, their hands and legs tied up, they were beaten, had gasoline poured on them and were then taken to a road near the building site,”

“During the clash, villagers threw home-made explosives into the crowd and set the kidnapped workers alight, while the workers fought the villagers with their tools, causing serious injuries and loss of life.”

According to reports six construction workers were killer, four of which were burned to death and a further two villagers were beaten to death.

Land disputes between villagers and developers have become a more common problem in China in the past decade, with many people lacking trust in the legal system.

State media in China have blamed the local government for the incident. Associated Press reports that an editorial in the Beijing Times said: “It shows the local government has not made effective efforts to resolve the conflict between the developer and the villagers.”