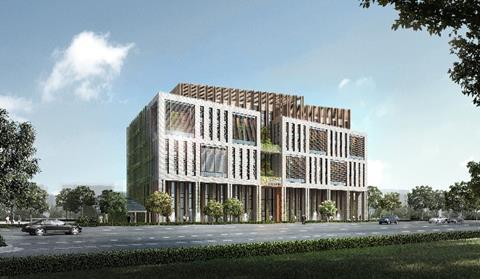 The Building Research Establishment has signed a deal to set up a new training and R&D centre in China’s fastest growing city in a move that could seen more construction projects across China built to the BREEAM sustainability standard.

The deal with the Shenzhen Municipal Government, announced as part of business secretary Vince Cable’s trade mission to China this week, will see the Building Research Establishment (BRE) set up a centre in the city to provide training and promote its services, including certifying buildings to BREEAM.

The Department for Business Innovation and Skills said BRE China aims to certify over 1000 buildings across China to its standards, which could generate £10m in revenue and create up to £200m of work for UK firms.

Jaya Skandamoorthy, director of BRE China said: “We hope our international standards, research and training programme will provide a platform for leading companies, British and Chinese, to collaborate on green products, technologies and buildings.”

The Chinese government has established a goal of having green buildings account for 30% of new construction projects by 2020.

In December a building designed by UK architect Feilden Clegg Bradley became the first in China to be awarded the BREEAM “outstanding” rating.

The Living Lattice building, for Chinese developer Franshion (pictured), forms part of the Meixi Lake Eco City, which is being developed with the help of BRE.

Last year the BRE was also appointed to provide sustainable building advice to a £4bn Shanghai marina project, with the scheme’s developer seeking other UK firms to work on the job.

Cable said: “The UK has a strong competitive edge in building modern and environmentally friendly cities, through our world-class expertise in architecture, consultancy, design, IT and engineering.

“The green construction market offers a wealth of opportunities for ambitious British firms and the companies in their supply chains wishing to export.”

Cable was accompanied to China by over 30 British companies looking to win work on Chinese infrastructure projects.