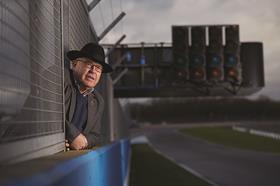 The revenue target comes after Ridge enjoyed its best year since the financial crisis in 2012, growing 20% on the previous year to hit a record turnover of £27m. Austin said the consultant would partly achieve its growth target through bolt-on acquisitions, such as its September acquisition of six-strong Midlands-based engineer Brazier Holt.

Austin also revealed Ridge has been appointed project manager on a £19m British High Commission building in the Nigerian capital Abuja. The Foreign and Commonwealth Office is currently procuring a contractor for the 5,200m2 RTKL-designed project. Contractors have until 4 March to submit bids via OJEU.

In an interview with Building this week, Austin also publically revealed detail about Ridge’s work with various motorsport clients - including several Formula One teams – for the first time.

Seven of the last eight F1 world champions drove cars built in factories developed with Ridge, Austin said. The firm is also advising several race track owners on proposed developments, including a Chinese client planning a £250m race track built around an artificial mountain, and the owners of both Silverstone and Donington Park.

Austin is one of four Ridge partners - including senior partner Phil Jones – with executive responsibility for running the firm day-to-day.

Austin said: “Our staff want to be associated with a business that’s got momentum and is creating opportunities for them.”