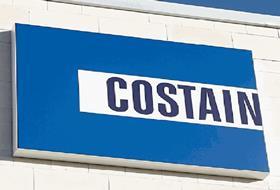 Costain is the first among a handful of construction firms to be reinstalled to the Prompt Payment Code after getting chucked off earlier this year.

Along with Interserve, Balfour Beatty and Laing O’Rourke, the firm was suspended from the code for failing to pay 95% of invoices within 60 days.

But a spokesperson for the contractor said: “We are pleased that the implementation of an improvement plan, which included moving all our suppliers onto payment terms of 45 days or less, increasing the frequency of payments and improving our processes, has been successful in meeting the standard required to achieve reinstatement.”

The announcement comes a month after Costain’s share price lost 43% of its value in a single day of trading after the group announced its full-year profit could be up to 25% smaller than expected.

Other former signatories of the Prompt Payment Code which have been recently suspended include Galliford Try, Persimmon and Severfield – while Sisk was permanently removed.