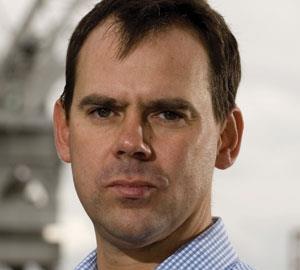 The government’s new social housing regulator wants to give tenants the power to direct spending on building works such as maintenance, refurbishment and landscaping.

The changes proposed by the Tenant Services Authority (TSA) could mean investment is directed away from Decent Homes work if tenants decide other work is more urgent.

Peter Marsh, chief executive of the TSA (pictured), said: “Tenants may say, ‘we think that Decent Homes is a good idea, but we’d rather have more money spent on the external landscaping’. If a community says it wants to prioritise the use of resources in a different way, the current star system doesn’t allow that.

“At the moment tenants ask, ‘why can’t we have this?’ and the provider says, ‘because the regulator says so’. That’s an adult-child relationship.”

The changes are part of a programme of reform instigated by Marsh when the regulator was created in December.

At the moment the TSA is sifting through about 80,000 questionnaires from social housing residents stating what they wanted from services. These were collected as part of its “national conversation” which closed for submissions on Monday.

Marsh said that in the longer-term, registered social landlords would be expected to find out and communicate what tenants thought was important.

Richard Capie, policy director, at the Chartered Institute of Housing (CIH), welcomed the move, but cautioned that giving tenants a voice could create regional tensions. He said: “The interface between what tenants want to see and funding streams and targets – that’s the bit that needs to be worked through.”

The results of the TSA’s consultation will be published in the spring.