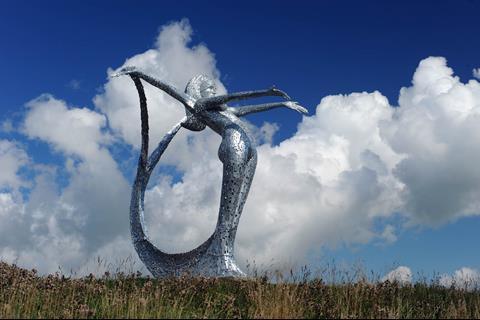 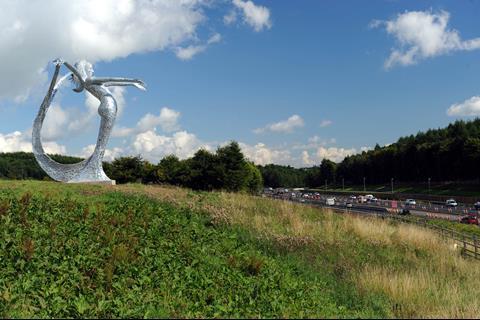 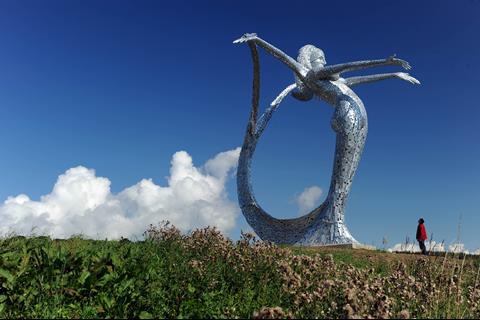 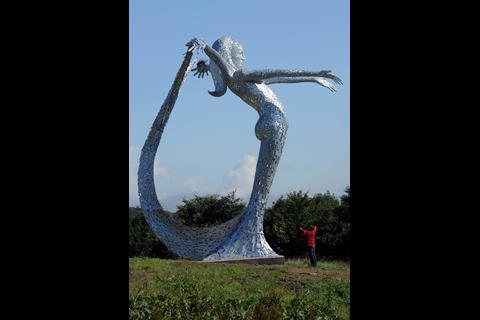 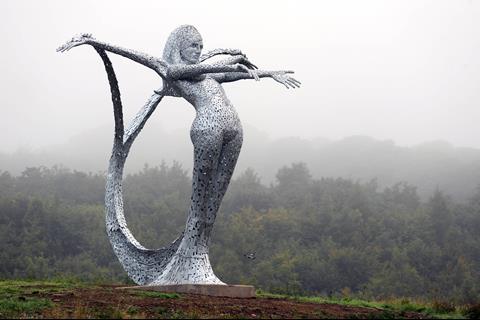 Images have been released of a 33-ft-high sculpture in Cumbernauld, which aims to transform the image of the Scottish new town.

The £250,000 statue, which stands taller than two double-decker buses is the work of artist Andy Scott, who also created behind the Heavy Horse on the M8 and the Falkirk Helix Water Kelpies.

The female figure, which overlooks the A80 and took almost a year to construct, incorporates two large swooping arcs, inspired by the original name for Cumbernauld, “comar nan allt”, which means “coming together of waters” in Gaelic.

Its proximity to the motorway means more than 70,000 commuters will see the sculpture every day.

Part of the Cumbernauld Positive Image Project, the sculpture is the brainchild of Campsies Centre Cumbernauld Ltd (CCCL) – a North Lanarkshire Council company set up to facilitate the redevelopment of the town.

The installation, which took place last week, was filmed and there is now a timelapse video of the process.