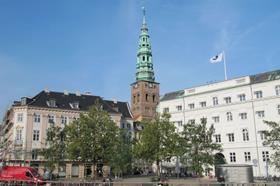 Danish energy giant Dong expects its upcoming floatation on the Copenhagen stock exchange will value the firm at up to £11bn, making it one of the biggest listings anywhere in the world this year.

The Danish government, which has a 59% stake in the firm, said it wanted to retain a controlling stake in the company.

Denmark’s finance minister Claus Hjort Frederiksen said the IPO is an “important milestone” in Dong’s development. He said: “The company has grown from primarily being a Danish utility business to becoming a growing international company with a leading position in the offshore wind sector.

“Dong Energy is well placed to build on its position as a truly great Danish business.”

Dong chairman Thomas Thune Andersen said the firm has “transformed itself” in the past decade and added that it is now a “financially secure, fast growing, profitable business with a leading position in the exciting off-shore wind sector”.