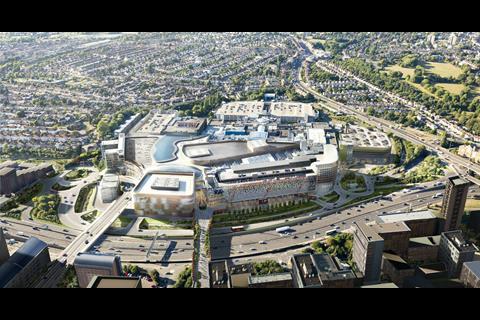 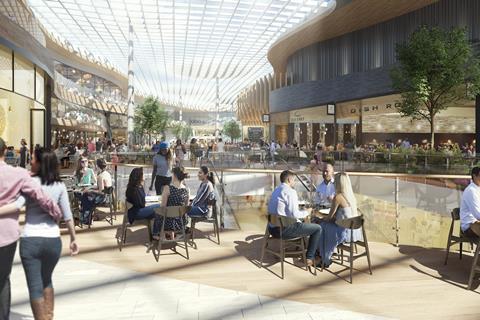 How the interior of Brent Cross Shopping Centre will look following its £1.4bn redevelopment 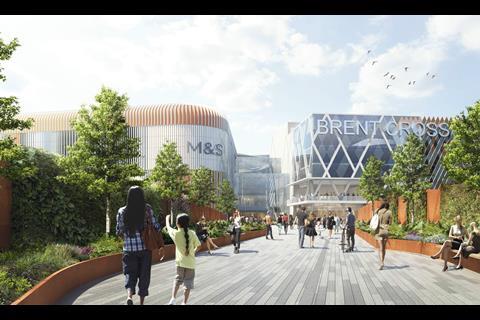 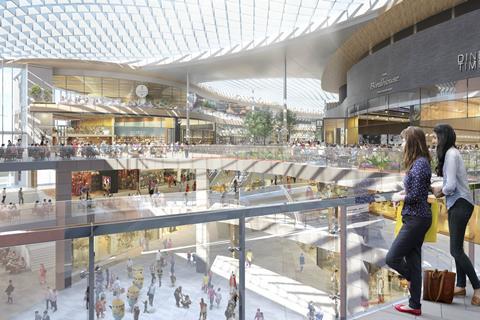 Hammerson has unveiled images of its plans to revamp the 40 year old Brent Cross shopping centre in north London ahead of a public consultation next week.

The scheme was previously called Brent Cross Cricklewood and was masterplanned by Allies & Morrison.

The site was split into two back in 2014 with the plot north of the A406 North Circular road – which includes the shopping centre – now being developed by Hammerson and Standard Life.

Called Brent Cross London, this work will see the 1976 shopping centre doubled in size – with a new Marks & Spencer store added to go alongside other flagship tenants John Lewis and Fenwick – while the bus station will be enlarged and relocated. A new cinema and hotel will also be built along with around 400 homes and a riverside park.

Architects working on the scheme include Chapman Taylor, Callison RTKL and Macgregor Smith.

The consultation begins next Thursday and wraps up on November 8. The scheme is due to be sent in to planners at Barnet council next spring.

The southern portion of the site is being developed by Argent Related – a pairing of the King’s Cross developer and US rental property firm Related.

This part of the scheme, called Brent Cross South, is being delivered in joint venture with the council. It will include 6,700 homes.

The overall value of the entire regeneration of the Brent Cross area is put at £4.5 billion.