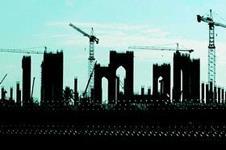 The developer of a scheme to build 1,565 homes in Iraq is looking for partners for further projects in the country. New Zealand developer Atconz Real Estate announced the residential project at Cityscape Dubai today and said it was attending the event as part of a bid to find firms to work with Iraq.

Atconz chief executive Dean Michael, said: “We are taking part in Cityscape to deliver a message to investors of the important potential of this new emerging market and to network with financial institutions interested in the market.”

He added that there are fewer concerns about security in northern Iraq: “Security in the Kurdish region is safe compared with that of south of Iraq. The local people are welcoming all visitors investing money or bringing technology to the area.”

Iraq is to spend $25bn (£15bn) on building 3.5 million homes over the next 10 years. This should account for 15% of the country’s housing needs. The other 85% will be funded by private sector investors.