Manchester university has formally begun the search for an investment and development partner to help it create a £1.5bn “innovation district” on an 18-acre site next to the city’s Piccadilly station.

More than 4m sq ft of mixed-use space is available for development and the university’s grade-II listed Sackville Street Building could also be “re-purposed”. 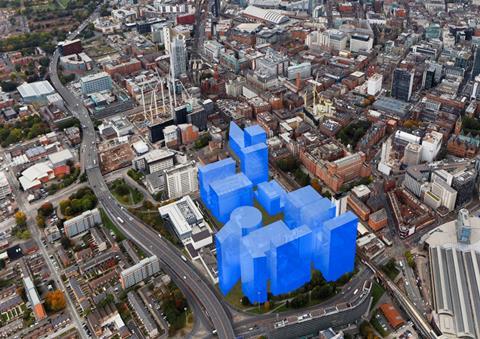 In an ‘information memorandum’ released this week, the university described its vision of “a trailblazing new neighbourhood that will be an engine of economic growth and investment, a catalyst for innovation and a valuable asset for the city and its citizens”.

The university estimates that it will take 15 years for the ID Manchester development to come to fruition but the joint venture will “endure far beyond this timeframe,” according to a contract notice published in the Official Journal last week.

The university said: “It is envisaged that the JV will establish special purpose vehicles to bring forward the development of the ID Manchester site on a plot by plot basis to enable each plot to be separately funded by way of external debt.”

This follows a pre-market engagement period held over the past few months, which the university unveiled in February.

Diana Hampson, director of estates at the University of Manchester, said: “Our vision for ID Manchester was warmly received at MIPIM and since then we’ve hosted several open days, attended by around 120 people representing developers and investors.”

Interested parties have until 18 October to respond and the university will draw up a shortlist of potential partners in November. The process of picking a partner is not expected to be completed until next autumn.