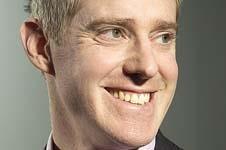 The head of CSR at retailing giant Marks & Spencer has warned businesses from shying away from sustainability during an economic slowdown. Mike Barry said companies would be left behind if they ditched green issues due to short term market conditions.

Speaking last night at a networking event called Green Monday Barry said: "We cannot afford to take our foot off the pdeal. We need to re-engineer our businesses now to prepare for challenges in the future. If you relax things in the current economic downturn you will be left behind as a business in the future."

Barry claimed that while consumers were less interested in the issue, which has been shown in dropping slaes of organic food, their interest will re-awaken when economic conditions improve and when the impact of climate change becomes more serious. "Consumers will have expected us as businesses to have continued what we have been doing in relation to climate change."

Barry said the firm, which launched the Plan A initiative last year to go carbon neutral by 2012, was glad it had initially committed not to feed through the costs of the plan to consumers given the rise of other costs in recent months. "We have made sure it has been delivered in a cost neutral way. The consumer will not pay now and not in the future."

Barry also revealed that the firm had worked out the carbon footprint of its food business, which has 4% market share in the UK at the moment. It come sout as 3.3m tonnes of CO2, he said.