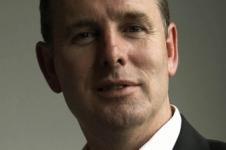 Tony Douglas, Laing O’Rourke chief operating officer, is set to stay at the company after agreeing a power-sharing deal with chairman and chief executive Ray O’Rourke.

According to sources close to the situation, Douglas will take responsibility for areas including off-site manufacturing and housing as well as retaining certain key clients.

The deal, which will go ahead if there are no last-minute setbacks, comes despite reports he would leave the £4.1bn-turnover contractor after becoming frustrated at not being given more power since joining from BAA in July 2007.

It is common knowledge that he was due to take over from Ray O’Rourke earlier this year but has yet to be handed the reins.

One source said: “Ray wanted to keep his arms around the business during the recession. Tony is an ambitious guy but you can’t have two people running the business so they have agreed to divide responsibilities.”

It is not known which clients Douglas will keep but it is understood to have been the most important element of the deal for him.

One source close to the company said Douglas would explore “new opportunities” with the housing arm. These may include work for the Homes and Communities Agency as part of a recently announced initiative to increase the use of traditional contractors and off-site methods.

Despite the reported deal, some questioned whether Douglas would stay for long after what would amount to a sideways move. One source added: “Ray is also astute enough not to want someone in the organisation who is unsettled.”