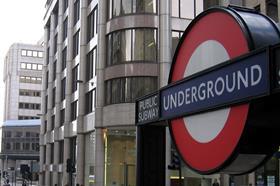 A 10% cost reduction and a cut to estimated passenger journey times through the station, were key to Dragados winning the £560m Bank station upgrade project, according to London Underground bosses.

As Building reported last week, the Spanish firm beat competition from a Costain and Vinci joint venture after an 18-month procurement process.

Simon Addyman, project manager at London Underground, said this week that the total budget, including London Underground’s costs, had reduced from £625m to £563m because of Dragados’ design for the scheme, while the expected journey time for a passenger through the station had been cut by 19%. However, until the contract is signed later this month, the exact details of the design remain under wraps.

Addyman said: “The procurement process was about the product not just the method of delivering the product and it was around the product where we got best value.”

The project is the first to use the Innovative Contractor Engagement model developed with the help of Infrastructure UK, which involves contractors doing much of the design work for the scheme to meet a series of client objectives, rather than pricing and adjusting an existing design.

Ralph Freeston, head of the station capacity programme at London Underground, said: “We had an experience on Bond Street and Victoria where, after we had appointed the contractor, the contractors came back with ideas that gave better benefits. On both of those we couldn’t realise all those benefits.”

Addyman said he was pleased with the results and hoped to replicate the process, which he said could be shortened by at least three months, on other projects now it had been done once.

London Underground is considering whether to take the same approach on upgrades to Holborn, Elephant and Castle, and Camden town stations.

Addyman said other clients, such as Sellafield, the Department for Transport, HS2 Ltd and Thames Tideway, were considering adopting the procurement model.