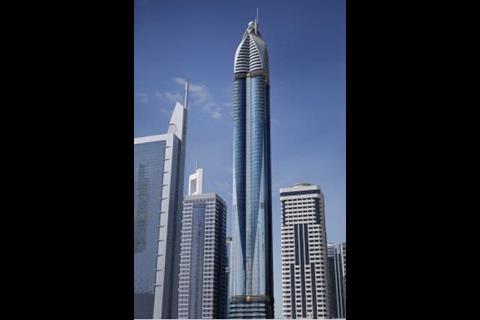 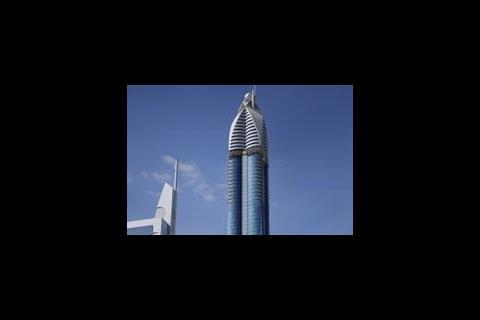 The world’s tallest hotel, the 333m-hgh Rose Rayhaan by Rotana, has opened in Dubai, but it is unlikely to hold its title for long.

The hotel’s architect was Khatib & Alami Group and the contractor was Arabian Contracting Company (ACC).

The Rotana hotel looks set to be overtaken later this year by the Ritz-Carlton, however, which will occupy floors 102 to 118 of the 484m-high International Commerce Centre in Hong Kong later this year.

Both developments will be outdone by the Makkah Clock Royal Tower in Saudi Arabia though. Due to open in the third quarter of 2010, this 76-storey hotel will be 577m high, according to client Fairmont Hotels and Resorts.

The Rose Rayhaan is alcohol free and its developers Bonyan International Investment Group say it “complements the Arabian culture”.

Construction began on the tower, which is near Dubai Mall, in 2004.

"Rotana will be operating 11 hotels in Dubai, with two more scheduled to open during the first quarter of 2010, which will add 547 rooms to Rotana's inventory in Dubai.