EC Harris teams up with shipbuilder on BSF 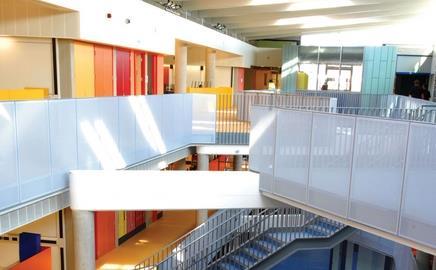 Consultant EC Harris has formed an alliance with shipbuilder VT Group to bid for client advisory roles in the education sector.

The pair will bid for work advising local authorities on the £45bn Building Schools for the Future (BSF) programme, the government’s plan to rebuild or refurbish all 3,500 secondary schools in England.

The two companies are expected to bid for future BSF projects on the delivery side but have not done so so far.

The venture is in line with VT’s strategy of diversifying beyond shipbuilding at a time when the UK military market is not expected to expand in the long term. VT has already enjoyed some success on BSF as part of the team named preferred bidder to upgrade schools in Lewisham, south-east London.

EC Harris was also part of the team that won the first BSF schools contract in Bristol, the first of which opened this week. The £24m Bristol Brunel Academy, which has 1,180 places, was designed by Wilkinson Eyre and built by Skanska. It incorporates environment-friendly features such as the use of thermal mass to keep buildings cool in summer and warm in the winter, rainwater recycling, biomass boilers and natural ventilation.

Tim Byles, chief executive of Partnerships for Schools, said: “Bristol Brunel Academy exemplifies what we are trying to achieve through the BSF programme.”

The BSF programme is behind its original schedule, with 11 Local Education Partnerships at financial close. This is the equivalent of about 150 schools with a combined value of about £2.5bn.