Edinburgh council has announced plans for a £1.3bn regeneration project to transform the city’s largest brownfield site into a new coastal town.

The proposals, designed by Collective Architecture, involve 140ha of former industrial land at Granton, north of Edinburgh on the Firth of Forth coast.

Aecom is advising on transport, flood defence and sustainable drainage systems, alongside Arup on geotechnical, utilities and energy.

The council, which bought the former gasworks site two years ago from the National Grid, plans to develop around 3,500 new homes, of which at least 35% will be affordable, a school, medical centre, new cycling and walking routes.

Kier has been appointed to restore Granton station and work is set to start this summer and finish in early 2021.

The B-listed former rail station, which was built in 1903 to serve the Granton gas works, closed in 1942 and has been largely disused since.

The regeneration plans are being presented to the council’s policy and sustainability committee today (25 February).

An outline business case will be submitted over the next year, followed by the final business case being complete by summer 2022.

The first phase of work is due to start in 2023 with the entire project completed by 2037. 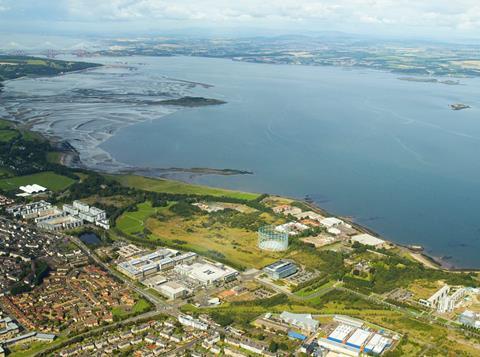