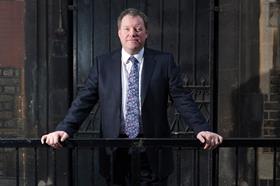 The head of the Education Funding Authority has welcomed the £2bn increase in the school building budget revealed in yesterday’s Spending Review, calling it a “good outcome”.

However, Mike Green, in his keynote speech at Building Live, said the target set by chancellor George Osborne of 500 free schools is “quite ambitious” as they only managed 241 under the coalition, which he admitted had been “quite hard” to achieve.

Osborne said he will spend £23bn on school building over the course of the parliament - £2bn more than the £21bn figure promised at the 2013 spending review.

Green added that “in the whole we have to be more and more efficient as we will never have enough money for the school estate”.

The authority has “no choice” but to meet the target of providing 600,000 school places, Green said, adding that within the “school estate as a whole there are enough places they are just not in the right places”.

The authority is currently ramping up its Priority School Building Programme 2 and Green said he hopes to tell schools before Christmas over the order and pace of the programme, which will take them through till 2021 and see them “tackle” around 800 blocks.

He also would not rule out merging the authority’s national and regional framework’s saying that they “may blend [the two] into one framework that does more stuff”.

This is because, Green said, they are aware of the expensive nature of bidding for frameworks and the authority is also looking at providing a clear line of sight for its pipeline to help it work more effectively with contractors.

Green would also not rule out more PFI in schools saying he would like to say “yes” but there are “lots of things to take into consideration” such as whether they provide value for money and whether he can put forward a convincing enough argument for them.

It was though “hard” green admitted contractors in London particularly, but no harder than in other sectors.