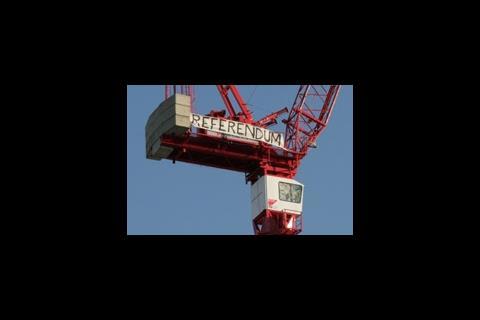 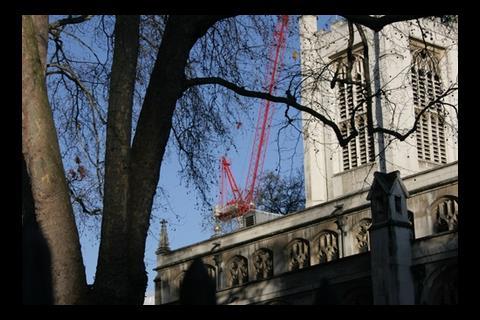 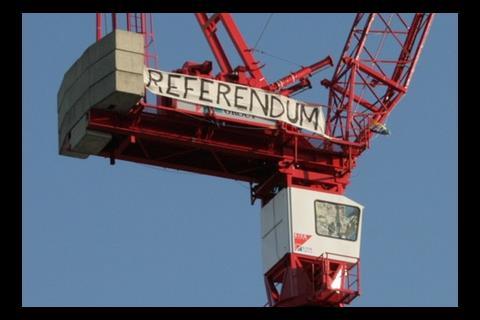 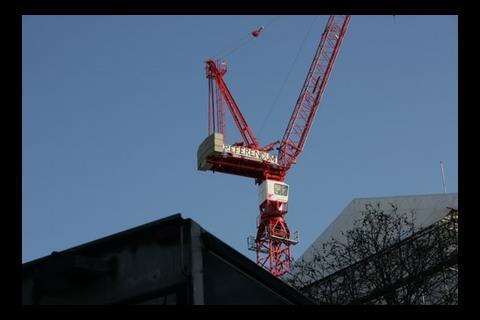 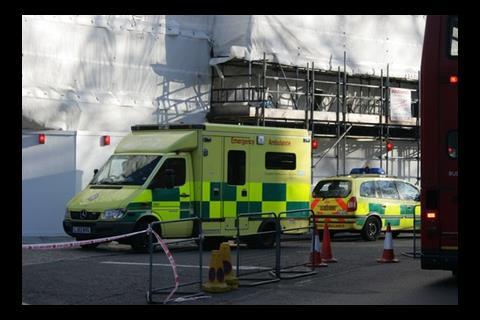 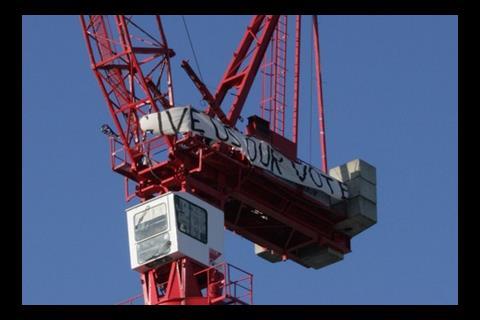 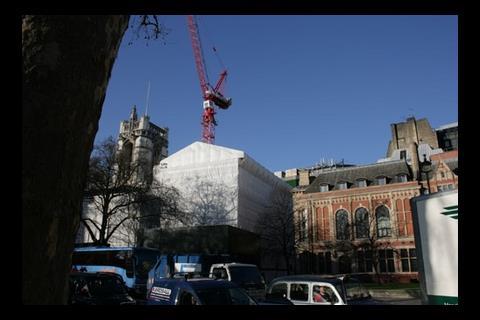 Campaigners calling for a referendum on the EU have scaled a crane on a Kier site in Parliament Square.

The protestors climbed the crane in the early hours of this morning and unfurled banners calling for a referendum on the European Union Lisbon treaty.

One banner read "Give us a vote" while the other said "Referendum Now".

Parliament is due to vote on a Conservative amendment to the UE treaty bill calling for a referendum in a matter of days.

The crane is on the site of the Middlesex Guildhall which is currently being renovated by Kier Property and subsidiary Wallis. The project will be completed in October 2009 when it will reopen as the Supreme Court.

Police say they are talking to the protestors. Ambulances and police are on standby on the site, but no roads around Parliament Square have been closed.