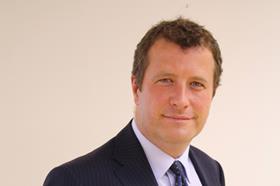 Cutler is a former senior exec at Carillion, Tarmac, and Morgan Sindall as well as contractor Barhale, where he was chief executive prior to his short stint at Balfour Beatty between December 2013 and September 2014.

Cutler left Balfour Beatty in advance of it issuing its fourth profit warning in the space of a year, £10m of which related to losses in the regional contracting business.

Keepmoat said in a statement that Cutler has an impressive track record of growing businesses while improving financial and operational performance.

Dave Sheridan, Keepmoat group chief executive, said:  “[Mark Cutler] has proven expertise in this field and the qualities to compliment our strong executive team. I very much looking forward to working alongside him to continue to drive Keepmoat’s success.

“James [Thomason] has a very good understanding of both the operations and the finance of the business and I am delighted that he has agreed to become my deputy.”

The appointments follow the investment in Keepmoat by private equity groups TDR Capital and Sun Capital earlier this year. Keepmoat said it turned over more than £1bn in the year to September 2014 for the first time and was now looking to both drive organic growth and consider potential acquisition opportunities.