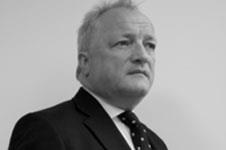 Housebuilder Countryside has brought in an experienced numbers man to run the business after the death of founder Alan Cherry earlier this year.

The company has appointed Andrew Carr-Locke executive chairman. He is a former group finance director of George Wimpey, in which capacity he helped Peter Redfern merge George Wimpey with Taylor Woodrow in 2007.

He then lost out to Peter Johnson in the race to become finance director of the merged firm.

Countryside’s move was prompted by a desire from the £190m turnover firm and its 50-50 co-owner Lloyds Banking Group to get tighter financial control on the business, and follows the appointment of Alan Bowkett as chairman of Lloyds-owned housebuilders McCarthy & Stone and Gladedale.

Carr-Locke said: “Graham and Richard Cherry Countryside’s chief executive and deputy chairman] have spent three decades working with their father to build a company that creates communities that set the standard in the development sector. I welcome this excellent opportunity to ensure it continues to build on its vision.”

Carr-Locke spent six years at Wimpey, but otherwise has little development experience. He is currently non-executive director of Dairy Crest.

Kevin Cammack, an analyst at Cenkos, said Carr-Locke’s background was an advantage. “It’s important it has someone from a finance background, as it’s never been really profitable.”