Farrell Review at risk of being ‘kicked into the long grass’ 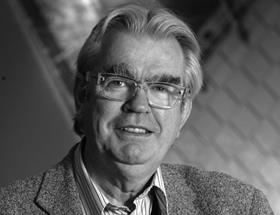 The Farrell Review of architecture is in danger of being “kicked into the long grass” by government, leading architects have warned.

Architect Sir Terry Farrell launched his review this week, a year after he was asked by architecture minister Ed Vaizey to produce a report into architecture and the built environment.

More than half of the recommendations call for some action by government or the wider public sector. However, on the launch of the review, Vaizey said the government would not make a formal response, but would take stock of progress in a year’s time. He said the review should kick-start a national debate and not just sit on a minister’s desk waiting to be implemented.

He said: “The first audience for these recommendations is not government but developers and I hope this will begin a process where developers engage with Terry Farrell.

“It’s not one man’s ideas written on an envelope […] There’s been a year of consultation and there’s a huge amount of valuable material which I think developers will want to take on board.”

But Jack Pringle, former RIBA president and chair of the Construction Industry Council, said the government’s decision not to formally respond to the review for a year - and likely after the next general election in May 2015 - meant the recommendations could be shelved.

“I should think Terry Farrell is rather disappointed with that because it’s quite close to kicking it into the long grass,” he said.

“He and anyone who supports the measures will have to work quite hard to keep them alive into the next government. He is going to have his work cut out to do that.”

Farrell admitted he has been advised by the author of another government report, on the computer games industry, that he would need to “become a raving nutter” to make his recommendations stick.

The review has been widely welcomed by the industry but many have raised questions about how key parts will be implemented.

Robin Nicholson, senior partner at Cullinan Studio, said: “Vaizey’s not a big hitter and Farrell has done all this for free. It’s brilliant that he has, but it never had the support of the Treasury and unless you have that you are pissing in the wind.”

He cited the recommendation on reducing VAT on renovation projects as an example of a change that’s been widely lobbied for but repeatedly blocked by the chancellor.

Nicholson praised the report’s call for wholesale planning reform but queried how it would happen.

“I’m all for this idea of proactive planning but it needs massive investment […] It should be supported but sadly the political reality is there’s not the public money or will to support it,” he said.

Alex Ely, founding partner at Mae Architects and author of the London Housing Design Guide, said local authorities might find up-front investment in design-savvy planning teams paid for itself in the long run in reducing costly planning appeals. The bills for these can exceed £100,000.

He praised the breadth of Farrell’s review and said it was important that it was now “tested and challenged”.

Robert Adam, founder of Adam Architecture, was also a fan of the proactive planning process and the Place design review concept.

But he said the chances of the review being “implemented in its entirety” were “pretty slim”.

Peter Stewart, architect and founder of the Peter Stewart Consultancy, said Vaizey’s failure to champion the report was a blow.

“Everyone would agree with what Terry is saying but how you make it happen is the challenge,” he said.

“It’s about culture change and you can do that without legislation. But it’s all about money and political support.”

He said it was at local rather than government level that change was most likely to succeed, if ambitious civic leaders embraced the recommendations.