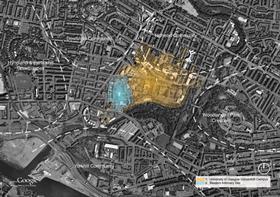 Faithful+Gould has been appointed to programme and project manage a new £1bn university campus in Glasgow.

The consultant will oversee the 10-year expansion of the University of Glasgow’s Gilmorehill Campus, which is the largest ever single educational project in Scotland.

A delivery partner for the project’s construction is expected to be announced in early 2017, with Faithful+Gould already starting work on appointing a partner.

The campus will provide six academic buildings, a civic square and improved pedestrian and cycle links between Byres Road and Kelvingrove Park.

It is expected that the scheme will create more than 2,500 new jobs.

Commenting on the project, director at Faithful+Gould, Paul Sherry, said: “This is a very exciting project and will be one of the most high profile higher education programmes in Britain over the next decade.

“It will also set the standard for the future development of universities with its multi-functional learning hubs rather than traditional lecture halls, and the way in which it will be able to interact with industry and the public as well as academics around the globe.”