Firms should face fines if they fail to remove 100% of their carbon emissions, government told

Firms should face fines if they fail to remove all of the carbon they emit from the atmosphere, the government’s infrastructure adviser has said.

The National Infrastructure Commission (NIC) said that the government should place obligations on polluters to stump up the cost of greenhouse gas removals or face penalties.

In a major report published earlier this week, the agency said that UK industry and taxpayers will need to pay up to £40bn each year by 2050 on removing carbon and burying it under the seabed. 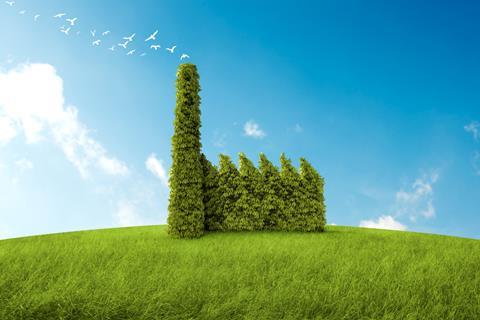 The report warned that capturing greenhouse gases from sectors which are unlikely to ever reach net zero emissions, like aviation and agriculture, is the most realistic way to achieve the government’s climate goals.

The NIC said the government must commit to the wide-scale deployment of new carbon removal technologies which would see five to 10 megatonnes of the gases removed a year by 2030 at a cost of up to £400m per megatonne.

By 2050, the legally binding date by which the UK must have net zero emissions, between 40 and 100 megatonnes of carbon must be removed each year.

While the NIC said the government could initially help to share the cost burden, it warned that industries would eventually need to foot the bill.

But the report admitted that a proportion of the costs are likely to be passed onto consumers, which could see households paying up to £400 more each year for goods and services.

The UK currently produces around 500 megatonnes of carbon a year, but green adaptations across the economy are expected to get this down to 100 megatonnes by 2050.

Removals would come in two forms - sucking carbon directly out of the air, and processing biomass to recapture carbon dioxide absorbed as the organic fuel grew.

The gases would typically then be transported by ships to offshore platforms and injected into sediments beneath the seabed.

The report said that, given the scale of the removals needed, a new industry could be created that could match the revenues of the UK water sector by 2050.

It said that by getting its foot in the door early, the UK could become a world leader and see other countries on the path to decarbonisation procuring knowledge and skills developed in the UK.

The NIC called on the government to create demand for the new sector by placing obligations on polluting industries, including fines for firms which do not remove all of the carbon they produce.

The body’s chair Sir John Armitt said that cleaning up carbon emissions is “something we’re going to have to get used to”.

He added that the government would need to “get ahead of the game now” to create the right conditions for the carbon removal sector to grow.

“We know from the dramatic fall in the cost of renewables that this approach works and we must apply the lessons learned to this novel, but necessary, technology.”

The plant will combust natural gas with oxygen instead of air and use a fluid form of carbon dioxide to drive turbines instead of steam, with all carbon emissions then stored beneath the North Sea.

Teesside was chosen for the project due to its close proximity to North Sea carbon storage sites, pipe corridors and existing hydrogen storage and distribution facilities.