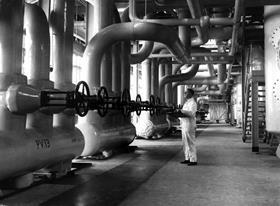 Five engineers are set to fight it out for a key role supporting the development of Horizon Nuclear Power’s plans for its power station in Wylfa.

Building understands Atkins, Jacobs, Hyder, Amec and Mott MacDonald are competing to be selected for a three-year framework with the developer, estimated to be worth tens of millions of pounds.

The winning bidders will provide services including site development, planning and waste management on the £10bn project.

Three or four firms are expected to be appointed to the framework.

A spokesman for Horizon declined to comment on the shortlist but said work had been ramping up since it was bought by Hitachi-GE last year and the firm is in the process of selecting a contractor for the main civils work.