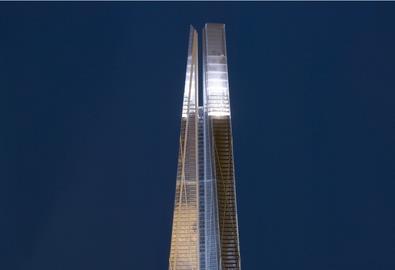 Moscow skyscraper believed to have fallen victim to the credit crunch

The 600m Russia Tower in Moscow designed by Foster + Partners has reportedly been scrapped as a result of the credit crunch.

Work on the skyscraper has stopped more than a year after the first stone was laid, according to the Reuters news agency and others. A spokesperson for the practice has denied that the scheme has been cancelled.

Foster's practice has denied the scheme is cancelled
Shalva Chigirinsky, the property developer behind the tower, blamed US mismanagement of the global economy for the tower's failure. “Say thanks to Alan Greenspan and George Bush,” he told Reuters.

The Russia Tower was to have been the centrepiece of Moscow City, a new financial district built along the lines of Canary Wharf on an old industrial site on the fringes of the capital.

Foster has designed two other Russian schemes for the same developer: the Zaryadye Centre in central Moscow, and New Holland Island, a stadium scheme near St Petersburg. The developers have not said whether these will be affected.

The Russia Tower is the second Foster skyscraper to have fallen victim to the financial crisis, after the U2 Tower in Dublin was mothballed earlier this month.