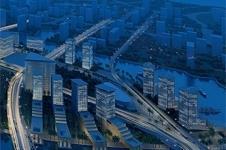 A Four Seasons hotel is to be built in Abu Dhabi, in a positive sign for the UAE construction market, which has been in turmoil in recent months.

State-linked developer Mubadala Development Company and Four Seasons Hotels have announced a plan to build the hotel in the up-and-coming central business district on Sowwah Island.

The hotel, which will sit on the island’s waterfront, will have 200 rooms, 125 residences and a rooftop pool.

In January, Building reported that Mubadala had to refinance a $2bn (£1.2bn) loan after problems with Masdar City, the £13bn project aiming to create the world’s most sustainable city.

Abu Dhabi has issued bailouts to Dubai in recent months after Dubai World, state-linked entity and owner of developer Nakheel, requested a standstill on paying off on paying off $22bn of debt in early January.

Mubadala’s John Thomas, said: "The UAE's first Four Seasons hotel is the latest addition to the community of leading local and international companies, partners and brands that are coming together and contributing to the vibrancy and diversity of this premium, mixed use district."