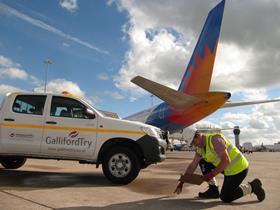 Galliford Try has won a £54m contract as part of the second phase in the largest infrastructure project in Manchester Airport’s 80-year history.

The decade-long £1bn Manchester Airport Transformation Programme will double the size of terminal two, which currently measures 52,000m2, and reconfigure its airfield to unlock growth potential for its two runways.

Galliford Try, which has been a capital delivery framework contractor to Manchester Airports Group since 2013, was appointed to the first phase of the scheme last August after winning a £38m deal to extend the airfield’s west apron, which includes the construction of new taxiways and aircraft stands around piers and terminal buildings.

The new £54m second phase will increase aircraft stand capacity and other aircraft parking to cope with increasing traffic in an attempt to maximise both runways by upgrading the existing taxiway system and improving departure performance capability.

This will see the contractor install more than 79,000m3 of concrete for new taxiways and aircraft stands while relocating the existing airfield and dualling a mile-long, 400,000m2 stretch of taxiway.

More than six miles of new ducting and lighting will also be installed, with the existing security boundary relocated to accommodate the changes.

Planning for the new work will begin immediately and will be completed in 2019.

Manchester Airport, which covers 560 hectares, was the UK’s third busiest airport last year behind Heathrow and Gatwick, serving almost 26 million passengers - up 10.8% from a year earlier. It is the only airport in the UK other than Heathrow to operate two runways over 3,000m in length.