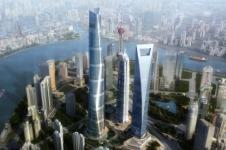 US architect Gensler’s UK arm went back in the black last year amid a 65% jump in revenue.

In accounts for the year to 31 March 2012, only now filed at Companies House, Gensler Associates/International Limited reported a return to pre-tax profit, making £1m up from a loss of £634,970 the previous year.

However, it was Gensler UK’s operations overseas that were most profitable.

Director David Gensler, writing in the accounts, said: “Clients need added value services now more than ever before and Gensler is committed to its pursuit of the finest, quickest solutions.

“We have become an efficient one-stop source for all our clients’ needs and we are continuing to develop new services that help our clients manage their facilities and projects more efficiently.”

During the year, Gensler was appointed to redesign Facebook’s Covent Garden offices, which total 36,000ft2.