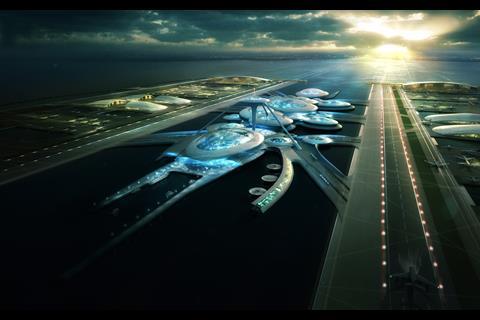 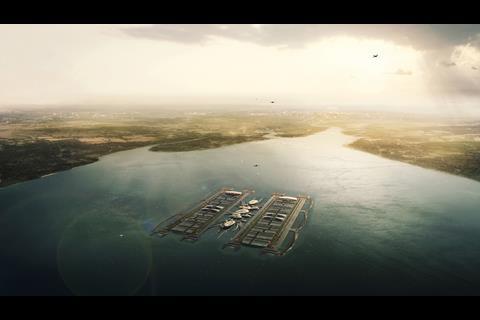 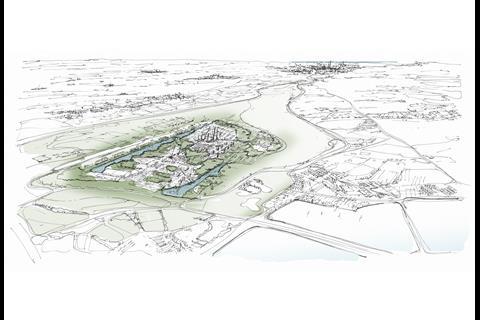 Architect Gensler has unveiled plans for a floating airport in the Thames Estuary to rival that of rival architect Foster + Partners.

The government is currently coming under increasing pressure from business and back bench Tory MPs to develop a plan for extra airport capacity in the south east. Last week chancellor George Osborne said he wanted to see a cross-party commission to examine the problem of what to do about airport capacity.

The London Britannia airport would have four runways, 400 gates and operate 24 hours a day.

The firm said it would also be the most sustainable airport option with its own energy generation from tidal, wave, wind and solar power.

It proposed that Heathrow would then be turned into a garden city housing up to 300,000 people.