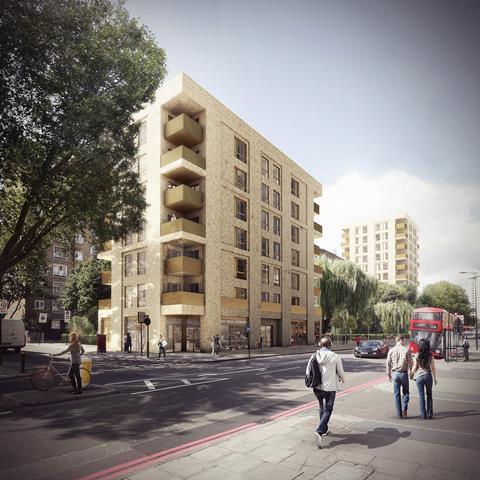 Mae and Matthew Lloyd Architects have won planning for 116 homes near Euston station to replace some of those due to be demolished by HS2.

The two practices were appointed following a competition by Camden council which managed to secure funding from HS2.

The homes will be built in blocks ranging from three to 11 storeys on eight sites scattered around Regent’s Park Estate.

The proposed scale and character of each new building directly responds to the adjacent existing context, said the architects.

Matthew Lloyd Architects (MLA) has designed 84 of the homes on five of the sites. This includes two buildings on Hampstead Road which act as a gateway to the estate from the proposed new Euston station entrance and will contain commercial units onto the street.

Mae has designed 32 homes on three sites at Varndell Street, Redhill Street and Robert Street, where a new community centre is also to be provided.

Matthew Lloyd said: “The task of designing appropriate and contextual replacement housing in and around the existing Regent’s Park Estate has been a very satisfying challenge.”

Alex Ely of Mæ said: “HS2 risks fragmenting a well-established community on the Regent’s Park Estate. As a team we have worked hard with the London Borough of Camden to find opportunities to create well-designed infill housing across the estate to re-house displaced residents, allowing them to remain in their community.” 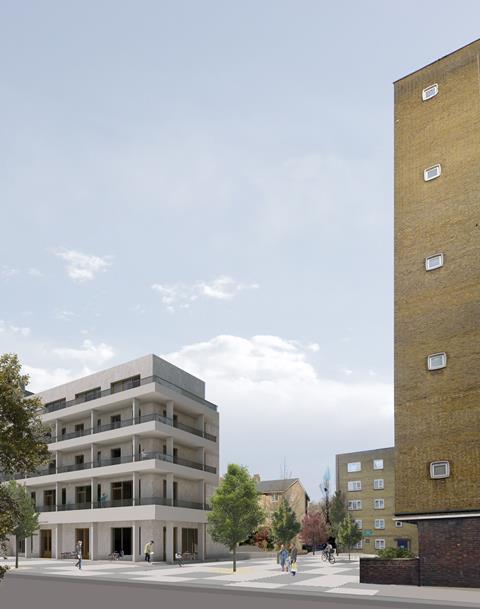