State of the Nation report from the Institution of Civil Engineers calls for action in areas of new energy generation, flood defence and local transport 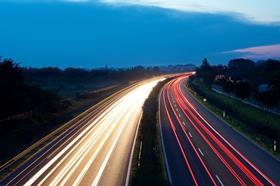 The Institution of Civil Engineers has raised serious concerns about the quality of the UK’s flood, energy and transport infrastructure in its influential State of the Nation report released this week, calling for action from the government to allow investment in new energy generation capacity.

The report, produced after detailed consultations with the UK engineering industry, found that the UK’s local transport infrastructure was “at risk” of failure because of the impact of cuts to maintenance spend. It said both flood management and energy infrastructure “required attention” despitegovernment pledges to prioritise the creation of economic infrastructure and tackle flood risk.

Keith Clarke, former Atkins chief executive, who was head of the steering group that produced the report, also fired a warning about the impact of changing global weather patterns on the resilience of the UK’s infrastructure.

The report calls for missing secondary legislation needed to fully implement the Electricity Market Reform (EMR) programme, designed to promote investment in new energy generation capacity, to be introduced in the next 10 months.

Launching the report, Clarke said: “EMR needs to be pursued. You need to get on with this. The government needs to set a reasonable timetable and make decisions that allow the market to invest.”

Clarke said local roads had been suffering from real cuts, not just efficiency savings. And despite prime minister David Cameron last year saying that money was “no object” to alleviating flooding problems, Clarke added: “We can’t keep cutting budgets on flood management. We need to invest more, not less.”

However, the report said some areas had shown progress, with Clarke singling out Lord Deighton, infrastructure minister, for getting the Treasury focused on delivery of projects, not creation of policy.

Overall the report raised concerns that a greater number of extreme weather events will put the UK’s infrastructure under increasing strain, with the likelihood of a growing number of “weather days” each year where vital infrastructure breaks down.

Clarke said: “We will be closing infrastructure more frequently. It will simply not be safe or cost efficient to run our infrastructure all the time with the kind of weather we are going to be facing.

“We have to engage with the public about what the future of climate change gives you.”