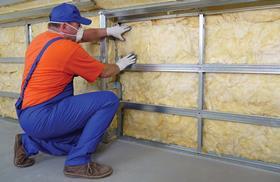 The first round of a £100m scheme to incentivise installation of solid wall insulation under the Green Deal has closed after being open less than 48 hours.

The government announced today that all of the first £24m round of funding to subsidise the installation of solid wall insulation had been allocated less than two days after the fund was opened.

However, the first £120m version of the scheme was forced to close over the summer after it had been open just six weeks because all the money had been allocated, leaving consumers and the industry disappointed.

The incentive scheme was reopened on Wednesday and allowed people to claim up to £4,000 for installing solid wall insulation.

Energy minister Amber Rudd said: “Although the fund for solid wall insulation is fully allocated, there’s still money available now for a range of other measures and another release of funding is expected in February.

“More than three quarters of a million homes have already had energy saving improvements installed as a result of the Energy Company Obligation and Green Deal.”

But Richard Twinn, policy and public affairs officer at the UK Green Building Council, said: “This is a clear illustration of the stop-start policy regime around energy efficiency. These piecemeal pots of funding may be generous for householders but create uncertainty to the industry from one week to the next.

“As one of the most expensive measures, it’s no wonder funding for solid wall insulation has proved so popular. Solid walled properties are among the oldest and least energy efficient, and have received little support from other Government schemes.

“This latest gold rush will have been exacerbated by the high profile around the sudden closure of the previous funding over the summer. Government need to learn from this ongoing debacle that we need long term drivers for energy efficiency - such as linking Stamp Duty – to avoid this constant boom and bust.”