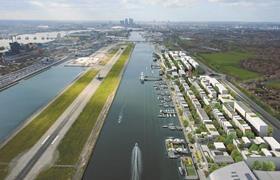 Newham Council has approved plans for a £200m expansion of London’s City Airport.

The plans include developing existing infrastructure to increase runway capacity, allowing the airport to run 111,000 annual flights, up from 70,000 currently.

City Airport plans to roll out the development programme between now and 2023.

Declan Collier, chief executive of London City Airport said: “The development of the airport will culminate in 2023 when, having constructed seven new aircraft stands, a parallel taxiway and terminal extensions to the west and to the east, the airport will be welcoming some six million passengers every year.”