Work on Darling Associates scheme to start next year

A scheme to build a 37-storey residential tower in Croydon has been given the green light by the local council.

Darling Associates is behind the development which will also include an adjoining 15-storey block which will largely be taken up by a hotel.

College Road Tower will be built on a car park used by Croydon College.

A 29-storey building was planned for the site but work on this stalled after the previous developer went into administration back in 2009.

Costing £55 million, the new scheme is set to start on site next year and will include a 225 bedroom hotel on the first 11 floors with an ancillary gym and restaurant situated on the 12th floor.

The remaining floors will contain 159 residential apartments, including 18 affordable units. 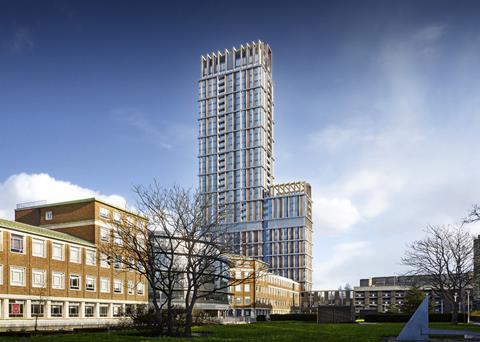 The lower block will be mostly taken up by a hotel