Hackitt heads off critics ahead of publication of final report

The report is due to be released later this morning 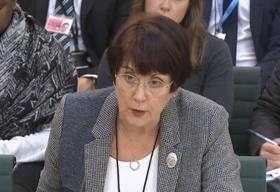 Dame Judith Hackitt has been forced to defend her report before its publication later this morning after criticisms that it will fall short of calling for a complete ban of flammable materials in cladding systems.

Speaking on Radio 4’s Today programme, Hackitt, who is heading a government review of building regulations and fire safety, said reform needs to be about “more than a ban on cladding systems”.

Instead she said reforms need to involve “wholesale culture change” in the construction industry and “a regulatory system that ensures that anyone who makes shortcuts are stopped before those buildings are designed or commissioned”.

She said: “There are no clear assignments of responsibility, we have to put in place a new system that holds people to account… but also a much stronger regulatory regime that ensures that those who try to take shortcuts or do not do what they are responsible for are held to account and see tougher sanctions as a result of that.”

The RIBA is among many organisations to call for a complete ban of combustible materials in construction, but Hackitt dismissed this argument saying: “There’s something seriously wrong with the regulatory system… if I thought it was a simple as simply banning cladding material this would have been a much easier exercise. This is a broken system and it needs to be fixed.”

She asserted the problem was not that the current building regulations allowed the use of combustible materials but rather the fact the guidance was open to interpretation.

She said: “I’m very clear that the regulations and the guidance that exists today already says that the only type of cladding that you can use on high rise buildings must be of limited combustibility or must be subject to a full test.

“I don’t know of any systems containing combustible materials which have passed that test so given that those are the standards that exists today it’s clear to me that to make those effective you have to go beyond specifying what can and can’t be used. You have to put gateways in place that hold those people to account and pick them up if they do try to short cut the system.”

She added: ”The guidance needs to be much clearer, less open to interpretation, we know that some of the misinterpretation occurs because people look at things for other reasons than [safety] … they forget or overlook the need for fire safety.

“My investigation has determined that there are people out there taking shortcuts, cutting costs and not taking responsibility for building buildings that are safe for people to live in.”

When pressed on why she has not called for an outright ban in addition to her other recommendations she added: “As part of fixing the system I am already calling for greater clarity around what can and cannot be used. The guidance already says you can only use materials of limited combustibility or materials that have been fully tested. It is clear from Grenfell and from the other tests that have been done that despite the guidance currently saying that people were [using] other materials.”

Asked if Grenfell survivors and the families of those who died would be disappointed by the report, she said she recognised “their level of concern and distress about this” and she would hope that  they will realise it is about more than simply issuing “a ban on certain materials”.

She said: “Cladding is one issue, there are many other features, many other shortcuts out there that could result in other disasters in the future which we need to address as part of this and it needs a whole system change.”

The final report from the Hackitt Review is expected to be published at 9.30am today.