Halcrow was £71m in the red before CH2M Hill takeover 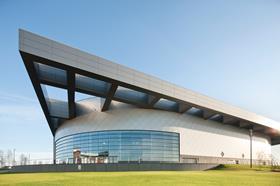 Engineer Halcrow reported a pre-tax loss of £71m in its last year of independent trading before it was taken over by US giant CH2M Hill, it emerged this week.

The accounts reveal the depth of Halcrow’s financial woes at the time of the acquisition, which also included a huge pension deficit of nearly £177m and a 28% fall in revenue over the year.

In September 2011, the firm announced that it was being bought by US engineering and project management firm

CH2M Hill. Only now, with the publication of the 2011 accounts - six months after they were due - has it become clear how much financial difficulty the firm was experiencing.

The firm’s business in the Americas, and Asian and Australasian markets also saw revenue decline 18% and 8% respectively, though these were smaller markets for the company.

There were also £3.2m in costs associated with the sale of the group to CH2M Hill.

Writing in the accounts Geoffrey Roberts, Halcrow secretary, said 2011 had been a “disappointing” year for the firm and “the effects of the global recession continued to impact results”.

Speaking about the UK market he said: “Delays in commencement of projects were experienced and the state of the economy maintained uncertainty about government spending on engineering consultancy.” He added that levels of work being won in the Middle East had also declined and the firm had had to reduce costs to mitigate the fall in workload.

The accounts revealed that CH2M Hill’s financial backing has been crucial to Halcrow’s financial health. The US firm agreed a secured loan to the company in December 2012 and the firm’s accountant, Ian Griffiths, senior auditor at KPMG, said that the firm was “dependent” on CH2M Hill’s support. He added that this cast “significant” doubt on the firm’s ability to “continue as a going concern” were this to be withdrawn. 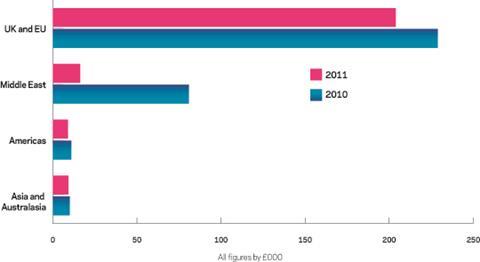