Developer runs the rule over economic benefits of nine malls 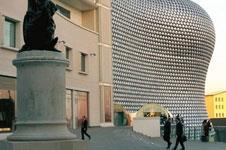 Developer Hammerson has hailed the long-term regeneration impact of shopping centres, after running the rule over the economic benefits of nine of its 12 UK malls.

In a report published today, compiled with property agent Jones Lang LaSalle, the developer said the centres were contributing in four key areas – economic value, benefits to local and central government, economic benefits to the wider community and perceived change in quality of life.

Benefits cited included the creation of over 30,000 jobs – almost 90% of which went to local workers – and benefits to the taxpayer totalling over £215m.

The developer is planning four major retail developments in Leeds, Brent Cross, Croydon and Southampton, but pulled out of a scheme in Sheffield this summer.

Hammerson said it was “crucial” to integrate schemes into existing high streets, to improve public realm and promote the wider area to realise the full regenerative benefit of shopping centres.

Some of the benefits cited include :

Benefits to local and central government

Perceived change in quality of life